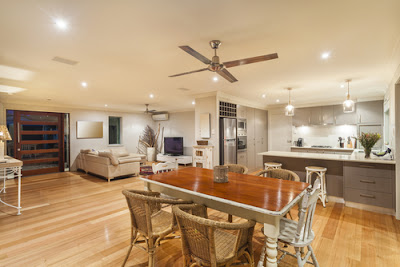 A Comprehensive Review of the Ceiling Fan Vs Standing Fan

Transforming your house or space into a place that is beautiful, attractive and is comfortable has always been a challenge in the recent years. Thanks to technology, this is not a daunting task anymore. With the introduction of different appliances that strive to enhance the conditions of a space, it is now easy to dictate whatever conditions you want for yourself whether hot, humid, cold, cool and so on. The fan is one example of these appliances. It is found in different types including but not limited to ceiling fans and standing fans. This article is a comprehensive comparison of the ceiling fan vs standing fan that will act as a guide in case you are planning to invest in one.

Ceiling fan vs standing fan
1. Air current
Ceiling fans are usually installed on the ceiling of a room. They cool a room by propelling the hot air from the room and drawing cool air into the room. The cool air will move downwards while the hot air rises upwards thus achieving a better cooling effect. On the other hand, standing fans are located at ground level thus the only way for them to cool the air is to blow cool air which is not as effective as the ceiling fans. In addition to this, ceiling fans produce more current due to their size as compared to their smaller standing counterparts thus ensuring better cooling of the air.

2. Size
Ceiling fans are designed to cover a larger space. Their shafts are quite longer and wider thus making propelling and production of air currents a cinch. Standing fans on the other hand are made with size and portability in mind. This limits their ability to produce strong air currents thus less effective when it comes to cooling of larger rooms and places.

4. Versatility
Ceiling fans are more versatile as compared to standing fans. Ceiling fans can be incorporated with LED lights to produce a lighting effect to the room as desired by the owner. This can be used for different purposes including disco rooms and play rooms as well as other rooms within the house. Standing fans do not provide the allowance to include lighting on them thus they can only be used as fans. Besides this, ceiling fans can be used to warm up a room unlike the standing fans. You only need to set it in reverse mode and all the warm air will be directed downwards as the cool air is drawn towards the fan and some come with a heating element that acts the same purpose.

6. Energy efficiency
Using the ceiling fan is a great way to ensure that minimum electricity is used to produce maximum results. As much as standing fans use very little electric energy, they do not add up in terms of the amount of air current produced and cooling effect achieved.

7. Safer
Unlike standing fans which have power cords all over the floor, the ceiling fans have reduced the risk of tripping by having its cords well enclosed and attached to the wall. If properly installed, the ceiling fan will be far from the reach of children thus protecting them from accidents. Children and pets can get too naughty as to start poking their fingers and tiny bodies into the standing fans. If the fan is working, its fast-moving shafts could pose a great danger to them. 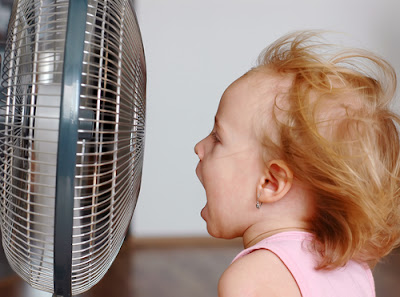 Standing fans vs ceiling fans.
1. Easily portable
Standing fans are designed with portability in mind. They are smaller in size and lighter so that they can be easily moved from one point to another in a bid to ensure that the best cooling effect is achieved.

2. Low energy consumption
Given their compactness and less powerful motors, the standing fans use less electricity. Though, they do not offer great energy efficiency as the ceiling fans.

3. No need for installation
Unlike the ceiling fan, standing fans do not require to be installed. You only need to plug it into a wall socket and power it up and you are ready to go.

Choosing between these two fans will greatly depend on your personal needs: the amount of space to be cooled, your budget and the availability of room space. From the above review, the advantages of the ceiling fans totally outweigh those of the standing fans. The ability of ceiling fans to take varied designs, their effectiveness and efficiency are great features that make it a great bargain for anyone. It is also a matter of great consideration for you to check with a specialist before deciding to invest in a fan, especially for ceiling fans.
Posted by Unknown at 02:20